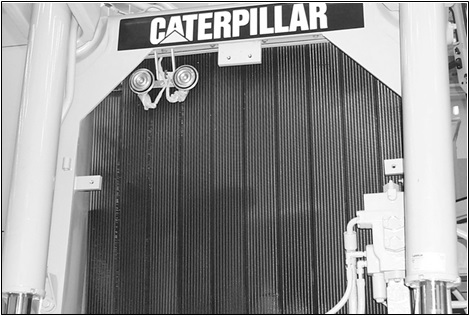 The D9R is equipped with an Advanced Modular Core System (AMOCS) radiator. The AMOCS has two major advantages over earlier designs.

The cooling system on the later D9R (ACL and ABK) has been changed from the earlier D9R. A separate water pump has been added to the engine to provide lower temperature coolant through the aftercooler.

Cooler air is supplied to the engine, which provides improved efficiency and reduced emissions.

This design is referred to as a “Separate Circuit Aftercooler (SCAC)” system. The SCAC pump draws coolant from the left two cores of the AMOCS radiator. The temperature of this coolant is lower than in the other seven cores. The coolant in the two left cores is sent through the cores a second time. The coolant makes four cooling passes instead of two as in the remaining cores. The left cores are separated from the other cores by a baffle plate in the bottom tank. The baffle plate functions as an orifice, which allows some of the cooled jacket water from the engine to flow through the left cores and be recirculated. The SCAC pump then sends this coolant to the aftercooler.

The return coolant from the aftercooler goes through the front of the split bottom tank, then passes up and down the left cores to the left rear section of the split bottom tank. The SCAC pump draws coolant from this reservoir. This coolant then flows through the aftercooler to lower the temperature of the inlet air to the engine for more efficient combustion and reduced emissions. 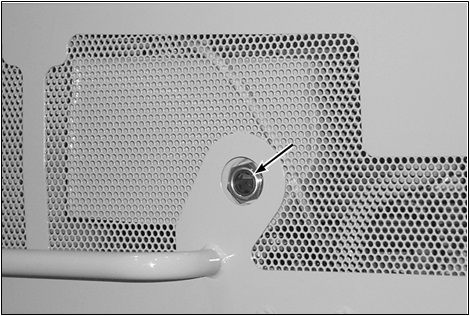